The center pivot is the flagship of modern irrigation technology. The system can provide sufficient irrigation in large areas relatively quickly.

The equipment is based on a very different technology from the drum system. The word “pivot” means hinge. This term describes its operation well, since the towers installed in the areas emerge from the ground in the form of hinges. The heart of the equipment is the central tower, which is fed by the water source and is located on a reinforced pedestal – this is where the entire circulating system receives its water. The other half of the hinge consists of a long piped system that cuts the board while rolling on wheels. During operation, the system describes a circle or semi-circle, watering the board or part of it.

Modern systems can already be controlled via mobile applications, thereby controlling the amount of water applied, the speed and intensity of irrigation, and the radius of the described circle, so this equipment offers a convenient solution for farmers who are open to new things. 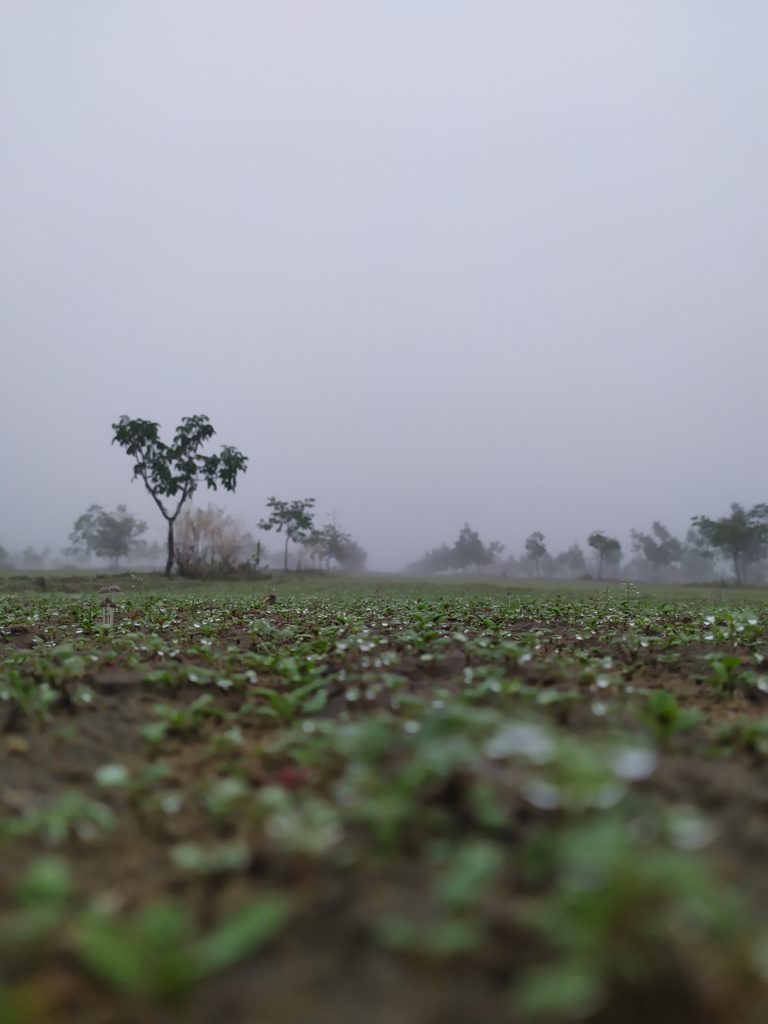 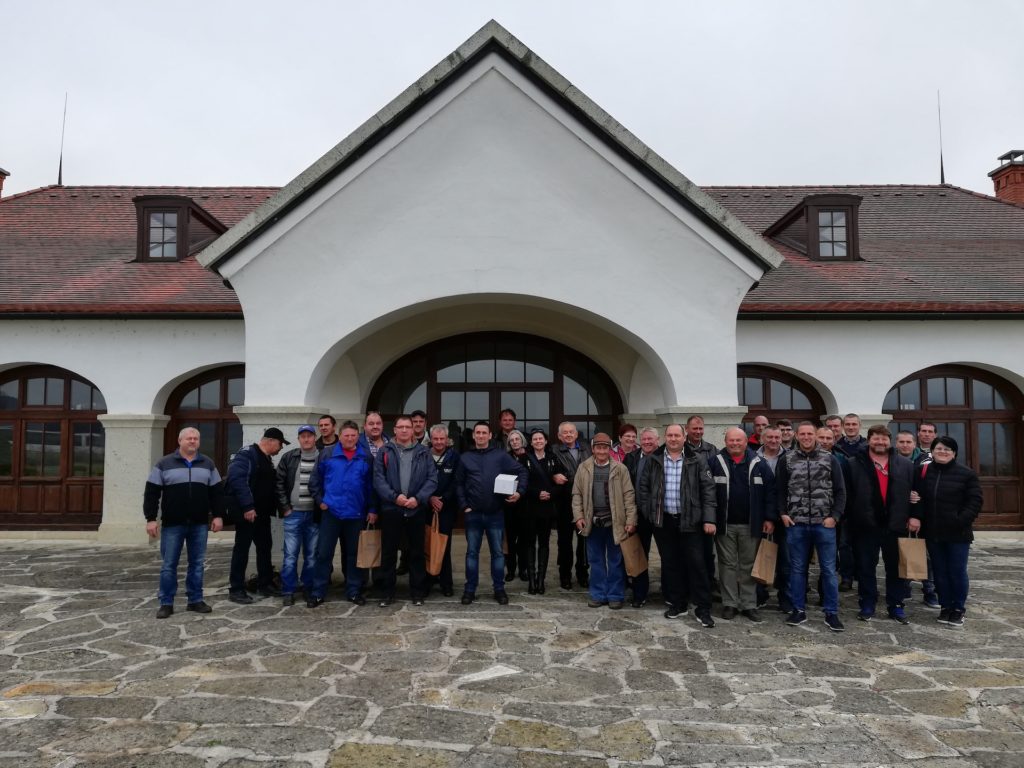 We have visited the Patricius Winehouse and Vine Shop in Bodrogkisfalud. We have ventured through the estate of the winery with the help of our guide, estate manager Dr. Péter Molnár. 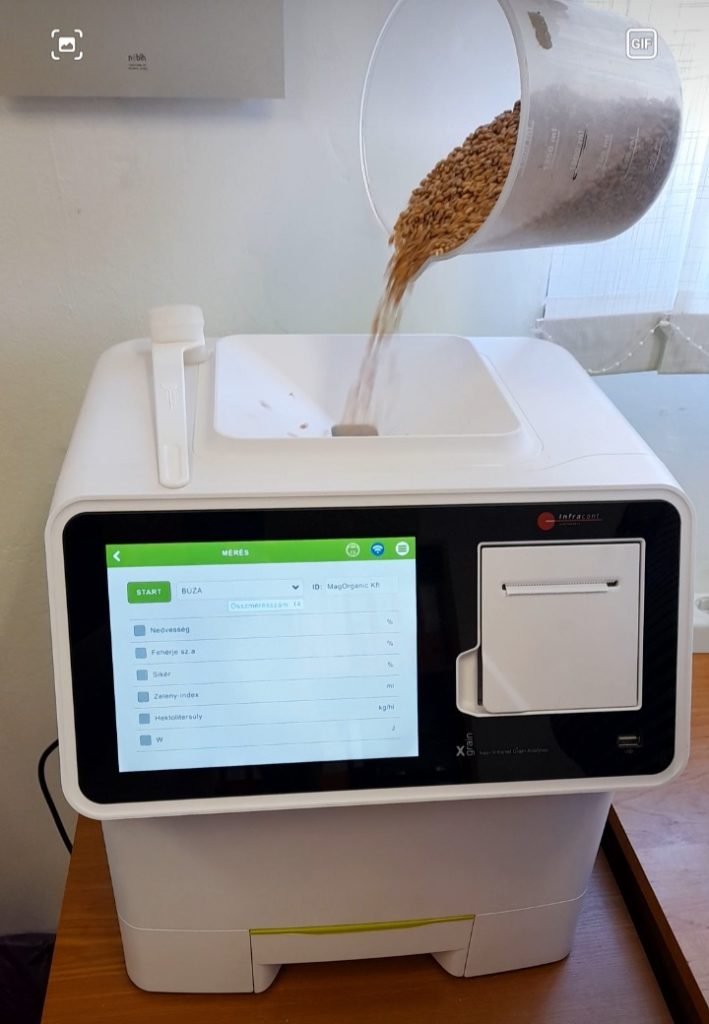 At our company group, we have developed a practice in recent years: we classify our own grains according to quality categories during storage, so that the content quality of the prisms does not change. 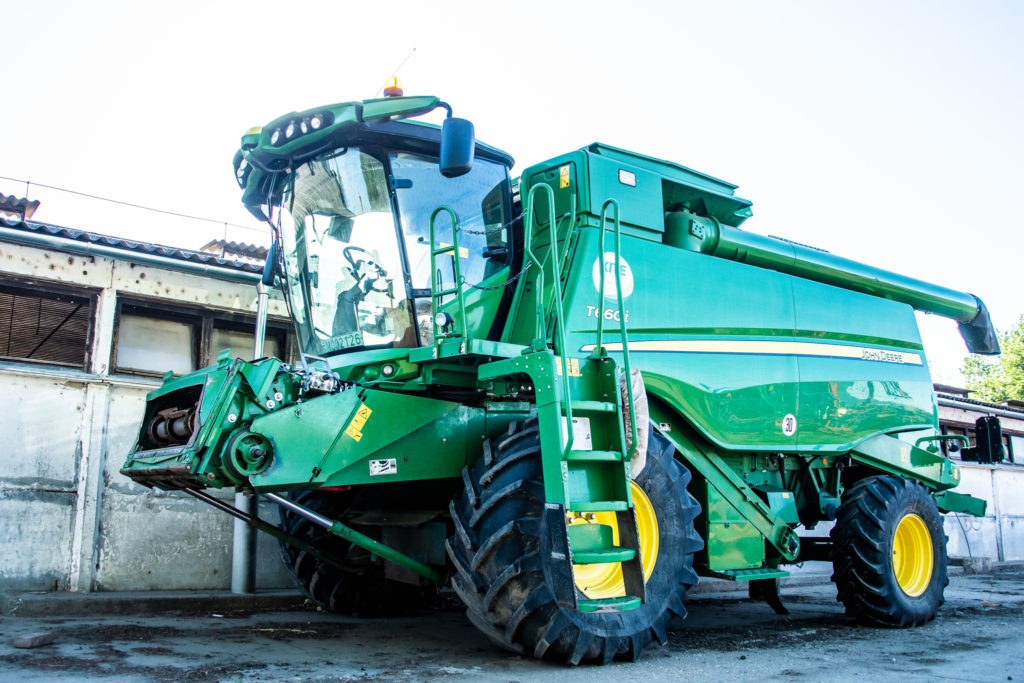 We have started the harvesting our organic winter wheat!